Where shamanism and psychotherapy meet 2015

The Shamans Art to Heal in the Light of Western Psychology 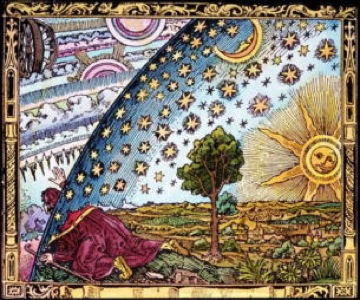 Shamans practice the most ancient form of medicine and psychotherapy. Since at least 35,000 years they have put themselves in a trance in order to find a cure for illnesses and solutions for problems.

Is it relevant and appropriate, with the contemporary state of knowledge, as children of enlightenment, to appreciate thousands of years old spiritual forms of healing in our modern times?

My answer is clear: Yes. When you leave a narrow-minded either/or, it can be rewarding for both healing traditions.

In order to avoid inner conflicts I have been studying the question how the often astonishing success of spiritual methods can be explained in terms of psychology as well as theology.

Are shamanic treatments really as different from psychotherapeutic ones as they seem to be at first glance?

When I first learned the thinking of our ancestors, their medicinal forms and troubleshooting, I was fascinated by the fact that I already knew a lot of shamanic healing practices under different names and (if not in the same form) practiced as a psychotherapist e.g. the shamanic journey is part of the advanced Autogenic Training, the shamanic soul retrieval conforms with the reintegration of the traumatic split off aspects of the self in the Gestalt-therapy etc.

At the center of our being
is a point of nothingness
which is untouched by sin and by illusion,
a point of pure truth.

Much is merely expressed differently, e.g.:

Often the same in different languages

While shamans (in trance) contact demons and good spirits, psychotherapists work with destructive parts as well as resources of the personality.

In spite of all differences in the view of life and in external forms I postulate that we deal with the same processes, which on the one hand are explained and felt within the psyche and on the other hand outside. Whether I use “the wisdom of the (collective) Unconscious” to solve a problem or I am inspired by “good powers”, which from a psychological viewpoint are entities projected outside.

On the basis of my experience both as a psychotherapist and as a shaman: for the effectiveness of the process it seems to be irrelevant in which way we think about it.

The spirit world encountered in journeying
is none other than the landscape of this collective unconscious.

Treatments in altered states of consciousness

The shaman taps into this spirit world by entering into an altered state of consciousness and embarking on a journey. He returns with information of benefit to his community.

Also the patient can learn shamanic traveling. These skills definitely lie dormant in every human being.

In many forms of psychotherapy the solution to problems are approached not only intellectually, but also a variety of forms of altered states of consciousness is used, as has been described by Dirk Revenstorf and Gerald Hüther neurobiologically.

The unconscious
is much smarter, wiser and quicker.
It understands better.

What transcends the western framework of thinking

On the other hand shamanic healing work penetrates ahead in areas that are not covered by Western medicine and psychotherapy and reaches problem roots, of which one would not think, based on our limited western perspective, e.g. the historical burden of a place or area, or the harassment of a patient by a deceased, who have not yet found the realm of the dead.

Moreover, there are phenomena that cannot be explained scientifically (yet), e.g. if in a special healing ritual the shaman is chained and is afterwards released from his chains without human intervention.

It seems that it is necessary to expand the concept of the soul and our psychic power. Maybe the unconscious goes far beyond our intrapsychic conceptions. Maybe it includes - as understood shamanically - everything.

There are more things in heaven and earth, Horatio,
Than are dreamt of in your philosophy.

The World Health Organization (WHO) describes in many of its publications both western and traditional medicine on one level and strives to explore traditional healing methods and to integrate them into national health systems.

But a new directive of the Austrian Ministry of Health discriminates against spiritual and religious healing forms. According to the policy a psychotherapist is not allowed to inform his clients via his homepage or other marketing media that he also uses transpersonal healing methods. This limits the choice of the patients and makes it difficult for the patient to find the treatment that best fits for themselves. That constitutes a violation of therapeutic information requirement. Reductionism - from varied points of view – does not completely describe the nature of man.